Join leaders from the corporate and political world for the Women in Governance’s 2022 Annual Recognition Gala in Toronto!

Together we will honour this year’s Parity Certified organizations and celebrate their outstanding actions in favor of gender equity, diversity, and inclusion. Don’t miss this unique opportunity to pay tribute to the certified organization’s leading teams, as well as WiG’s Parity Certification partners: Accenture, Mercer, and WTW. Sunita Mahant, Head of Global Initiatives for Diversity, Equity and Inclusion at Ivanhoé Cambridge and Chair of WiG’s Ontario Promotion Committee, will be our Mistress of ceremonies. 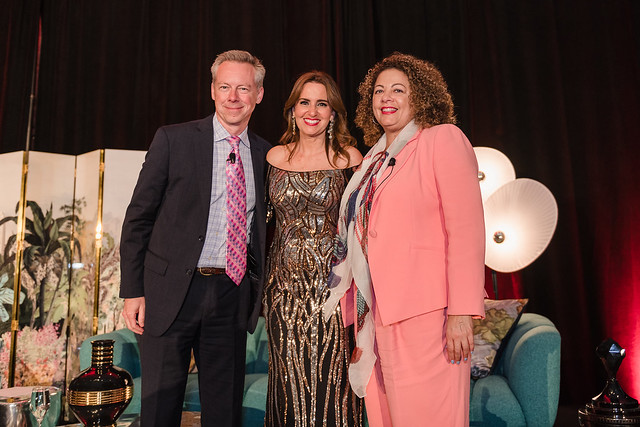 Watch some of its best moments About Our Honorary Co-Presidents

Jaqui Parchment, as CEO of Mercer Canada, leads 1,000 employees coast-to-coast, working to help people achieve healthier, more financially secure and professionally rewarding futures. Before becoming CEO, Jaqui led more than 500 employees as Mercer’s Toronto Office Leader for two years. Prior to that, she headed the Investments business in Canada. She has more than 30 years of experience consulting in the retirement savings and investment areas.

Jaqui is a passionate advocate for diversity and inclusion, inside and outside of Mercer. At Mercer, she is the North American Executive Sponsor of PRIDE at Mercer, and is a former Chair of [email protected] and When Women Thrive. In the community, she serves on the Boards of the BlackNorth Initiative, the Business Council of Canada, and the Canadian Olympic Committee. She also directly serves the Black community as a member of the Black Experience @ SickKids Advisory Council, as an Advisor to Developing Young Leaders of Tomorrow, Today (DYLOTT), and as a member of the Health Task Force of the Black Opportunity Fund, of which she was a founding member.

Jaqui is on the Advisory Board of the Institute for Sustainable Finance, and has served on a number of investment committees related to pension and endowment assets. In 2020, she received the Gold Award – HR Champion (CEO) from the Canadian HR Awards.

John McKenzie is a member of the TMX Group Board of Directors and also a member of the Board of Directors of several TMX Group subsidiaries. Prior to his appointment as CEO on August 17, 2020, John served as TMX Group Chief Financial Officer and was responsible for corporate strategy, corporate development, investor relations and the financial management of the company as well as for the administrative oversight of TMX Group’s Capital Formation business.

Working with TMX for over 20 years, John’s career has included senior roles within Corporate Strategy and Development and Corporate Finance. He has led financial and strategic planning efforts and managed various TMX acquisitions, including the Maple transaction, the acquisitions of Montréal Exchange and Trayport, as well as the resulting integration initiatives. From July 2015 to August 2016, he served as President of CDS, Canada’s equity and fixed income clearing house and a wholly-owned subsidiary of TMX Group. Prior to that he was the Chief Operating Officer (COO) and CFO of CDS.

John is a Chartered Professional Accountant (CPA, CMA) and has an MBA from Edinburgh Business School, Heriot-Watt University and an Honours BA from Wilfrid Laurier University. He has served on a number of boards, and currently is a member of The Accounting Standards Oversight Council and a Board Member for the Hamilton Health Sciences Foundation.

*Act fast, seats are limited!
**Formal attire (evening/cocktail).
***No refunds 7 days before the Gala, but you may transfer your ticket to another person.
****We encourage participating organizations to display their support for the cause of gender parity in the Gala’s