Women in Governance Annual Recognition Gala was held on Thursday, September 14, 2017 at the Palais des Congrès in Montreal. The event was co-chaired by Ms. Isabelle Marcoux, Chair of the Board of Directors of Transcontinental Inc. and Mr. Éric R. La Flèche, President and Chief Executive Officer of Metro Inc.

During this prestigious evening, three companies achieved Platinum Parity Certification status by Women in Governance and were honored for their exceptional actions in support of the advancement of women: Sun Life Financial, Intact Insurance, and RBC Royal Bank.

With the objective of helping companies in Quebec and Canada increase the representation of women in positions of responsibility, the Women in Governance team has put in place a Parity Certification.

It is an innovative standard that not only looks at parity in corporate decision-making bodies but also in succession planning and the implementation of mechanisms to enable women at all levels of the hierarchy to advance their careers thus creating a pool of female talent. A public consultation was held at McKinsey&Company in collaboration with senior human resources executives and the support of the Québec branch of the CHRA to validate all parameters of the standard.

In order to obtain their accreditation, companies had to provide documented proof of their policies and meet the various selection criteria. The feedback was resoundingly positive for this important project, which is aimed at companies that want to engage and integrate the equality dimension into their human resources strategy, and have their actions recognized and validated by an independent third party.

More than 750 guests assembled for the Gala, including male and female heads of industry. Photos from our prestigious 2017 Gala: 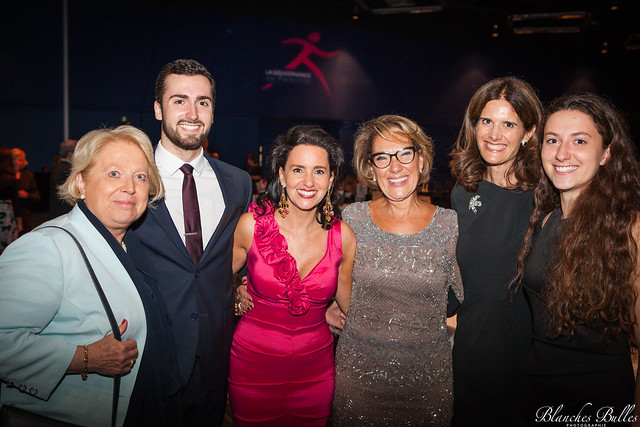 WATCH SOME OF ITS BEST MOMENTS