Join leaders from the corporate and political world for the Women in Governance’s 2022 Annual Recognition Gala in Montreal!

Presented by the Canadian Bankers Association, the Gala will be held under the honorary co-presidency of Ms. Anik Trudel, Chief Executive Officer of Lavery and Mr. Denis Giangi, President of Rolls-Royce Canada Limited.

Together we will honour this year’s Parity Certified organizations and celebrate their outstanding actions in favor of gender equity, diversity, and inclusion. Don’t miss this unique opportunity to pay tribute to the certified organization’s leading teams, as well as WiG’s Parity Certification partners: Accenture, Mercer, and WTW. Cathy Wong, Vice President, Equity, Diversity & Inclusion and Official Languages at Telefilm Canada will be our host. Finally, we are priviledged to announce that representatives of all three levels of government have confirmed their attendance: 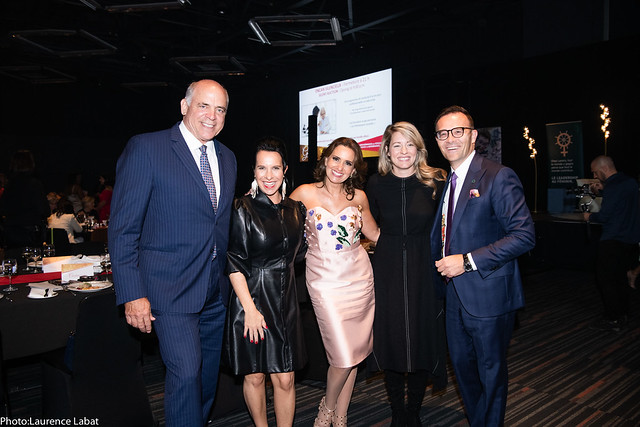 Watch some of its best moments:

ABOUT OUR HONORARY CO-PRESIDENTS

Anik Trudel is Lavery’s Chief Executive Officer. She is responsible for implementing the firm’s vision and strategic plan while managing its daily affairs and administrative functions.

A trained lawyer (Université de Montréal) and certified coach in neuro-linguistic programming with additional training in business development (HEC Montréal), Anik had twenty years of experience as a partner with a prominent Canadian law firm. In this role, she practiced in civil and commercial litigation and represented a number of national and international public and private major corporations before the general and appellate courts, as well as arbitration tribunals.

Finally, Anik has successively occupied senior management positions in two international public relations firms due to her precise analysis of crisis prevention and clear understanding of the communication needs related to managing change.
Anik sat on numerous Boards of Directors of cultural, business and charitable organizations throughout her career. She is currently Vice-Chair of the Chamber of Commerce of Metropolitan Montreal (since 2021, Board Member since 2018) and Board Member at Port of Montréal (since 2008, Chair in 2016-2017) and Quebec Breast Cancer Foundation (since 2016).

Denis Giangi was appointed President of Rolls-Royce Canada Limited in 2016. In his role, he oversees the maintenance, repair and overhaul, lease asset management and fleet planning for Business Aviation globally, as well as the in-country management of all Rolls-Royce business units in Canada. He joined Rolls-Royce in 1999 as a Tax Manager and has held increasingly senior roles, being named CFO in 2012 before becoming Vice-President Operations in 2015. Prior to joining Rolls-Royce, he worked at KPMG in the Audit and Tax groups.

Denis is a Chartered Accountant and holds a Bachelor of Commerce degree and a Graduate Diploma in Public Accounting from McGill University. He has completed the 2030 Global Leadership program from Tuck University in the U.S., China and India. In addition to being an Institute certified Director, holding the ICD.D designation from the Institute of Corporate Directors, he has lectured on Taxation, Financial Accounting and Auditing at McGill University for 10 years.

*Act fast, seats are limited!
**Formal attire (evening/cocktail).
***No refunds 7 days before the Gala, but you may transfer your ticket to another person.
****We encourage participating organizations to display their support for the cause of gender parity in the Gala’s program: